What to do! What to do! The year is 2004. Your ten year old and six year old desperately want a video game. You’ve tried Maths invaders! They get bored. Where In The World Is Carmen Sandiego is too hard. Duke Nukem is right out. With all the pressure of raising children right in this new age of technology you are terrified of putting them behind the rest of their class. What will their teachers say? What will your Mother say? What will your increasingly snobby mother’s group (who are all raising geniuses) say? No! You need something fun and educational … Something sneaky, Something that will break down barriers without letting your children know they’re doing maths, and problem solving.

You pick up the Scholastic brochures, already in a spin over so many of the options, your eyes scan the page. Your hands tremble. What if you pick the wrong product? What if your children hate it? What if it’s uncool? Slowly you trail through the options when all of a sudden your children barge in, screaming at the top of their lungs “MUM CAN WE GET ZOOMBINIS PLEASE PLEASE CAN WE! CAN WE GET ZOOMBINIS AT SCHOOL!”

It’s on page three of the Lucky booklet.

Bonjour my little blue explorers! I’m Bethany Griffiths, and this is Beta Test! A game review platform where I – Great overlord and saviour – choose one game a month to go ham on until either I get better or get wrecked. All in the hopes that I can provide you with a completely (un)biased review.

A small point on that intro before we kick off. My mother has been buying edutainment games for my brother and I since we got a computer (which is to say: before my brother was born). She’s very hip and groovy, and would not like people to think she was behind the times. Good on ya mum. Love you.

No but seriously, Zoombinis was one in a long line of early learning development games we were privy to as children (Freddie Fish, and Put Put also feature). The early 2000’s was rife with the stuff, what with the millennium bug having failed, and kid’s were given video games as an aid to the 6 hours of T.V time we spent watching Play School and Sesame Street. Yes, life was good for a borderline millennial like me, and this game goes down in history as one of the classics.

Developed by TERC, and published by Viva Media, Logical Journey Of The Zoombinis is the first instalment in a trilogy of games set to inspire young players by displaying problem solving conundrums of the maths based variety. Children aim to get the little blue critters from one side of the map to the other by defeating ‘enemies’ and surviving natural disasters. The aim of the game is to find a new homeland for the Zoombinis, after their own city was taken over by what I can only explain to you as white people. (No, seriously, they’re called the Bloats, and they trick the Zoombinis into becoming slaves in their own land. Sounds like every history book I’ve ever read)

I binged this game when I got it to relive maximum nostalgia and if there’s something I truly wasn’t prepared for it’s that this game is hard! This game has had me stumped to the core, trying to figure out what mirrors I needed to set, what order I could pull of in the bloody tiger room, and don’t get me started on the goddamn bubbles from hell!. I remember feeling absolute terror when I got my Zoombinis sucked down a void the first time in Bubble Wonder Abyss, but the defeat of realising you’re an adult ans *still* don’t know what to do to get the little guys to the promised land is disgusting. Full disclosure, I had to get my mum to finish the rest of the game after I failed it the first time because I was so distraught.

This game is for 8 year old’s and my 25 year old brain still can’t understand the first obstacle of the entire saga (on Very Very Hard mode). This game’s first ranking is ‘not so easy’. This game’s difficulty ranking is like the Australian fire rating chart. I am both elated and horrified.

What I love more than anything with Zoombinis is the reliable fact that it delivers. It promises a learning experience, and boy howdy does it deliver. This along with the great revamp on the art style (because yes, it’s so old it got a re-release, Spyro Who?), I give this game:

So dang son, what’s next? I’m going to play this till my eyes bleed, but how about you? Got a game you want me to roast the shit out of? Got an old hit you want to put to the test of time? Want to give me a game I love so much I’ll actually physically die for it? Let me know! Till then, I’ve been Bethany Griffiths, and this has been Beta Test, A game review platform where I either got better or got wrecked. All in the hopes that I can provide you with a completely (un)biased review. 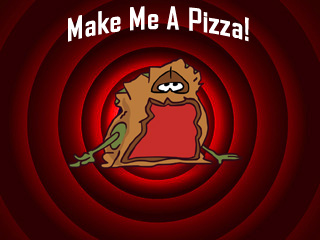