FRED the ALIEN is a Melbourne arts collective that produces original content on stage and online.
Michael R. Lister, Phillip Hunting, Bethany Griffiths, Fulya Kantarmaci, and Wayne Stellini combine over twenty years of experience in writing, directing, acting, and filmography to use their artistic talents as a way of navigating through a cynical world.

Bethany Griffiths is a performer, singer, visual artist, and self-proclaimed queen of bad jokes from Melbourne’s west. She has appeared in various productions and shows from community theatre to television from a young age. Performing in the 2015 Melbourne Fringe Festival for La Más Collective’s Boxed In, Bethany was approached by a group of her collaborators to participate in a YouTube series. She said yes, obviously, and here we are (hallelujah). Currently studying Theatre and Visual Art at Victoria University, Bethany aims to bring truth to all her performance pieces and constantly strives to create pathos with her audiences. 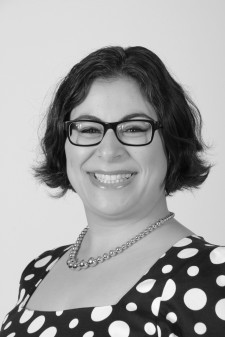 Fulya Kantarmaci is a videographer, editor, photographer, and art and crafts enthusiast from Melbourne’s north. She is a Victoria University graduate, having studied a Bachelor of Interactive Media (2015). Fulya’s passion lies in film and television production; she loves working in this industry and is always raring to go when out on shoots and is in deep concentration when in the editing suite. Serving as stage manager for La Más Collective’s Boxed In, in the 2015 Melbourne Fringe Festival, producer and stage manager for FRED the ALIEN Productions’ debut show The Writer, in the 2016 Melbourne Fringe Festival, Fulya was approached by director Phillip Hunting to be a part of the FRED the ALIEN Productions team as their cinematographer. Naturally, she beamed with excitement and agreed! Fulya aims to bring high quality videos from pre-production to production to post-production, and is always willing to learn new things while working with the team.

Michael R. Lister is an actor, writer, director, and comic performer. Having graduated from the Ballarat Arts Academy (2012), he has work on many stage and film projects over the years. With his writing partner Phillip Hunting, Michael co-founded FRED the ALIEN Productions on YouTube.

Phillip Hunting: actor, writer, and idiot at large. Born of modest parental units, his background includes a Diploma of Theatre Arts and Bachelor of Arts in Writing (2015). His foreground is to create great works for Aussie stage, film, and radio. Phillip’s inspirations are Spike Milligan and the Goons, Barry Humphries, and of course, the mad world around him. 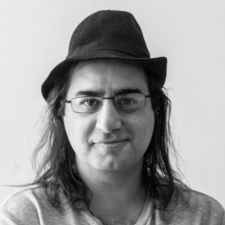 Wayne Stellini is a Melbourne writer, poet, editor, director, and shameless cinephile. A Bachelor of Arts (2015) and Bachelor of Arts Honours (2016) graduate, he engages with as many storytelling mediums as he can. Wayne enjoys art exhibitions, stage productions, and Melbourne’s eclectic buskers, amongst other creative expressions. He hopes to be a continuous contributor to Melbourne’s rich and diverse art community.

Ben Campbell appears in UNI-Bums as Malcolm, the frenemy of Bucket Head, Jenny, and Sydney. He is also a vital member of the UNI-Bums crew, primarily serving as assistant to camera. Ben made his Melbourne Fringe and Midsumma festivals debut with FRED the ALIEN’s Michael and Phillip Are Getting Married in the Morning.

Ashley Hall is one of the film reviewers for FRED Watch, is a part of the UNI-Bums crew, and was a technician for the Midsumma season of Michael and Phillip Are Getting Married in the Morning.

Bethany Hunting is an incompetent gamer, better known to FRED fanatics as Bethles.

Kendall Richardson is a pop culture nerd and the voice of reason on FRED the ALIEN’s podcast, A Podcast Called FRED. She co-hosts the podcast The Monthly @ WiniFRED’s and top ten countdown video series Collectible Chaos. Kendall was also a vital Michael and Phillip Are Getting Married in the Morning crew member for its two-season run.

James Sharp is an incompetent gamer, affectionately referred to as Sharpy by FRED fanatics.