I’m a Wayne Stellini and welcome to FRED Watch, where we review everything from the mainstream to the obscure. Today’s film is Spider-Man: Homecoming… 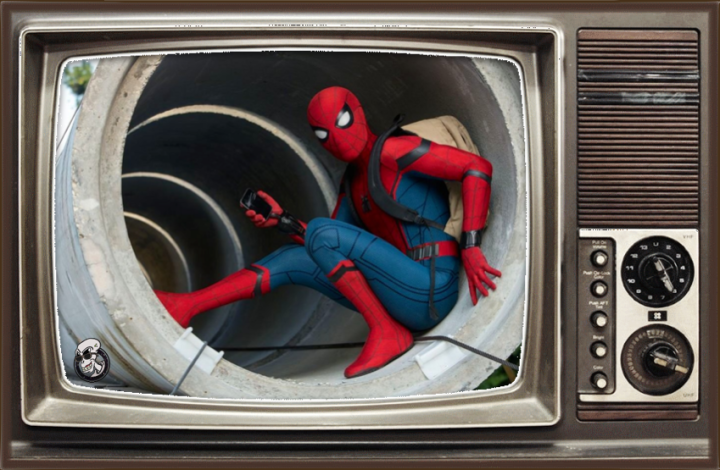 Peter Parker (Tom Holland) tries to stop Adrian ‘The Vulture’ Toomes (Michael Keaton) from selling weapons made with advanced Chitauri technology while trying to balance his life as an ordinary high school student.

Tom Holland swings into action as everyone’s favourite friendly neighbourhood Spider-Man. As teased in Captain America: Civil War (2016), Holland’s take on the hero is a more youthful, energetic, and—considering the character’s age—believable one than previous incarnations.

But the strength of Spider-Man: Homecoming is rooted in its screenplay. With a staggering six writers attributed to it (and perhaps more uncredited), you would be forgiven for expecting the story to be a bit of a mess, as is usually the case. However, nothing could be further from the truth. What works best about the story is its simplicity. Also, Spider-Man is so engrained in popular culture, having been portrayed on television and in film since the 1970s by The Sound of Music’s Nicholas Hammond, the perfectly cast Tobey Maguire, and the grossly underrated Andrew Garfield. Therefore, the detailed origin of the character, encompassing a spider bite and the death of his uncle, is unnecessary.

In the spirit of The Incredible Hulk (2008), though lacking its punchy pacing, Spider-Man: Homecoming is a fun caper in which humour is used to great effect. Director Jon Watts knows he’s onto a winner with the casting of Jacob Batalon as Ned and Marisa Tomei’s final line is the icing on the cake. (Though it’s Chris Evans who proves to be the true scene-stealer.) The action sequences are handled meticulously and the film is quite exciting when things get going.

Although running too long and perhaps not the best Spider-Man story to hit the big screen, it is nonetheless an incredibly well-made comic book movie and breathes some fresh air into the character’s legacy as well as the extensive cinematic universe it is a part of. 4 / 5