IN A GALAXY OF ITS OWN!

I’m a Wayne Stellini and welcome to FRED Watch, where we review everything from the mainstream to the obscure. Today’s film is Guardians of the Galaxy Vol. 2… 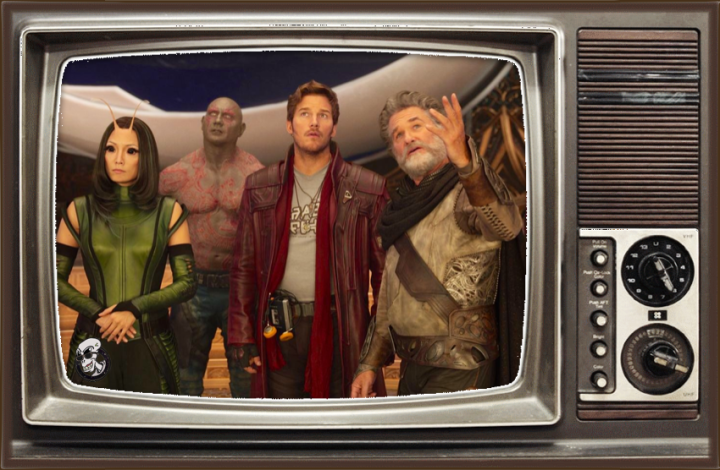 After an outrageous mission, Star-Lord (Chris Pratt) and his team of galactic defenders meet Ego (Kurt Russell), a man claiming to be his father. However, they set out to investigate the secret of his parentage.

With all the introductions out of the way in their previous instalment, James Gunn’s Guardians of the Galaxy Vol. 2 is all the better for getting straight into the action and building upon the interpersonal relationships of its titular motley crew.

Though lacking the shiny, newness novelty of their origin, this sequel does what a successful sequel does best. It’s a rip-roaring adventure that builds upon what mades its predecessor such a delight to experience. The perfect balance of humour and heart gives us breathing space from the excellent action sequences, spread across some of the most beautiful and imaginatively conceived worlds and locations ever depicted in a comic book movie.

It goes without saying that the cast are in top-form here, with Groot working more effectively as a pint-sized baby rather than an oversized oaf. And it is through Groot particularly that we see the strong familial bond that the Guardians have developed. It always feels real, so the stakes are always high.

Yes, the film goes a little over-the-top towards the end and there are a few painful examples of clunky dialogue, but we are so enthralled and engaged that these are forgivable sins. The narrative is interesting without being convoluted and the introduction of each new character serves the plot well: Kurt Russell is unsurprisingly good as Ego and Pom Klementieff is likeable as Mantis. Also, Michael Rooker is excellent reprising his role as Yondu Udonta, while Karen Gillan, returning with more to do as Nebula, is quite exceptional.

Fans of the Marvel Cinematic Universe will find this one of the best films so far, and some may rightly favour this over the first Guardians adventure. Sure, it’s a flashy spectacle, but one with its heart firmly on its sleeve that dances to the beat of a terrific soundtrack. 4½ / 5