Welcome to FRED Watch, where we review everything from the mainstream to the obscure. Today’s film is the box office record-smashing blockbuster, Avengers: Endgame… 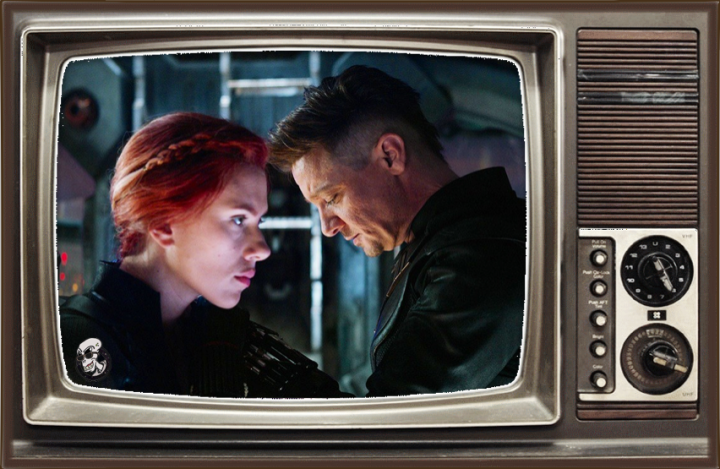 Part of the journey is the end. It is almost hard to believe but we have reached the completion of Marvel Studios’ Infinity Saga. Avengers: Endgame closes the curtain on what has been an incredible feat of eleven years of storytelling, all leading to this film. Fans waited in agony for twelve long months to find out if the shocking ending to Avengers: Infinity War (2018) would or could be fixed. Thankfully, and unsurprisingly, Endgame proves that the past year of suffering has been worth it. This movie is a monumental achievement, and one we won’t see the likes of again anytime soon. It sticks the landing perfectly and with ease. The combination of Marvel mastermind Kevin Feige, directors Joe and Anthony Russo, screenwriters Christopher Markus and Stephen McFeely, and the Oscar worthy cast and crew have completely outdone themselves in pulling off this epic superhero extravaganza.

Without spoiling the contents of the film itself, here is a basic outline of the plot: Endgame picks up barely a month down the track since Thanos (Josh Brolin) snapped half the universe out of existence. The remaining Avengers, joined by Captain Marvel (Brie Larson), Rocket Raccoon (Bradley Cooper and Sean Gunn), Nebula (Karen Gillan), War Machine (Don Cheadle), and Ant-Man (Paul Rudd) come up with a plan to defeat Thanos once and for all, and bring back everyone who was lost in The Decimation. And there is literally nothing else I can say without ruining the film, because there is so much happening that is so magical, so beautiful, and so tragic, I would hate to destroy someone’s first viewing. Needless to say, you’re in for the ride of your life!

It has been well publicised that Chris Evans is done playing Captain America, and where he ends up by the time Endgame is over is really the best thing we could have hoped for. This is Evans’ seventh time as Steve Rogers (not counting his excellent cameos in 2013’s Thor: The Dark World and 2017’s Spider-Man: Homecoming), and he has made his portrayal as easy as breathing, as most of the seasoned cast have by now. The only good thing about the smaller cast in this film is that each of the original six Avengers gets heaps of time to really shine. Evans has fun with his performance in Endgame, taking Steve Rogers to places he doesn’t normally get to go (both literally and metaphorically). The biggest surprise for me was Scarlett Johansson’s Black Widow. What Johansson does with Natasha Romanoff in this film just blew me away. There is such a tragic and heroic complexity to her portrayal of the female Avenger. We’ve never really seen her like this before and it was a breath of fresh air.

Mark Ruffalo and Chris Hemsworth also shone as Bruce Banner/Hulk and Thor respectively, and you can clearly see how much they were enjoying their part of this grand story; Hemsworth in particular, as this is Thor like we’ve never seen him. Jeremy Renner’s Hawkeye finally gets some time in the spotlight and is a welcome presence following his absence in Infinity War. Renner also gets to go to some new places with Hawkeye alias Clint Barton, reminding everyone of his exceptional acting abilities. He is definitely one of Hollywood’s most talented yet underrated performers. And finally, where to begin with the incomparable Robert Downey Jr? Along with director/star Jon Favreau, Downey is the reason we are all here in the first place. The Marvel Cinematic Universe began with him and what he does with Tony Stark in Endgame is absolute perfection.

One of my favourite things about Avengers: Endgame is the way it rewards its long-time fans for their steadfast dedication to the MCU. There are so many references, callbacks, and Easter eggs to practically every single film so far, it is just astounding. These are the moments that elicited the most joy for me and in some parts made the heartbreaking scenes harder to bear. The team behind this incredible film has so much respect and trust in their audience. They are also fans too, and you can really see that in the love they pour into their work.

Once again, the CGI was outstanding, and Josh Brolin gives another great performance as the Mad Titan Thanos, really cementing his portrayal as one of the greatest villains in cinema history. Other standout performances from our heroes, besides the original six Avengers, include Paul Rudd as Scott Lang/Ant-Man, and Karen Gillan as Nebula. Rudd is hands-down one of the best additions to the MCU and he holds his own so wonderfully with the rest of the cast, providing the best comedic moments of the film. Gillan has mostly been undervalued during her time with the Guardians of the Galaxy, but her portrayal of Nebula in Endgame is her best yet,and I hope we get to see more of her down the track.

The movie’s third act is simply perfect. And whilst concluding this epic saga, it simultaneously does a great job of showing just how far this story has come; it reminds us of the absolute wealth of people and places we have visited during the course of these now twenty-two films. I guarantee you there won’t be a single dry eye in the theatre during each and every screening of Endgame. All of us can connect to these characters and these events on some level, whether you’ve been a fan since 2008’s Iron Man, or jumped on the bandwagon last year after Avengers: Infinity War. That is just how magnificent this movie is. We are so lucky and privileged to be a part of it. Avengers: Endgame is the movie of the year. I love it 3000.

6 Infinity Stones out of 6

The culmination of twenty-one interconnected films comes down to the ultimate confrontation, fuelled by justice and revenge, in Avengers: Endgame, the penultimate entry in the Marvel Cinematic Universe’s (MCU) third phase.

Captain America (Chris Evans) and what remains of his team after Thanos’s devastating click at the climax of Avengers: Infinity War (2018) set out to reverse the supervillain’s decimation of the population. But bringing the team together won’t be easy, as Iron Man Tony Stark (Robert Downey, Jr.) has moved on and Ant-Man Scott Lang (Paul Rudd) has only just returned from the Quantum Realm in the most ridiculous cop-out of the franchise.

There’s something refreshing about a scaled-down team as it gives each hero their fair share of screen time. Most are used to great effect, but as with Thor: Ragnarok (2017), Thor (Chris Hemsworth) is reduced to being the receiving end of jokes that mostly miss the mark. Worse still, he is used in the same manner that saw the annoying fat man archetype flourish in 1980s B-grade teen flicks. Screenwriters Christopher Markus and Stephen McFeely needed to have looked closely at what the team who first brought the God of Thunder to big screen did back in 2011, where the humour was both subtle and effective without degrading our hero.

Running at around three hours, Avengers: Endgame has a lot of time to reward devoted fans and casual enthusiasts. Despite some lagged pacing and clunky dialogue, directors Anthony and Joe Russo have helmed a fairly entertaining spectacle. In the spirit of Back to the Future Part II (1989), which the film openly references, seeing the Avengers witness their past actions and interact with one another is lots of fun—Captain America versus Captain America is one of the main highlights as is the attention to his derrière.

However, what the film does exceptionally well is hit its emotional beats, providing the motivations of our beloved heroes throughout the narrative. It is in these moments that our cast truly shine, with Chris Evans, Scarlett Johansson, Jeremy Renner, and Robert Downey, Jr. given the most to work with. Unsurprisingly, they do not disappoint and remind us why they have been some of the more interesting characters over the franchise’s lengthy run. Also, Johansson and Renner’s fight is undeniably one of the most beautifully done sequences of any superhero movie ever.

But it isn’t until the final battle that you really appreciate the scope of the MCU and the stories it entails. With the stakes so high, Avengers: Endgame is the sort of film that needs an epic payoff. Make no mistake about it, the concluding confrontation is reminiscent of a Cecil B. DeMille swords and sandals spectacle on steroids. There are also some lovely touches to the showdown; a moment that captures numerous female superheroes in a single frame was the most satisfying, and that it takes up less than 0.035% of the franchise’s collective runtime is a commentary well worth making regardless of how heavy-handed it may seem.

Even though numerous narrative arches are resolved well, the film cannot justify its gestation and scenes of convoluted exposition to take us from Point A to Point B. While the positives far outweigh the negatives in Avengers: Endgame, the film doesn’t quite satisfy as it should. This won’t matter to fans of the franchise whose devotion smashed numerous records and gave Marvel and Disney Studios a fair cut of the $2.8 billion box office returns.

Kendall Richardson’s review was first published on Thursday, 2 May 2019. It was updated to include Wayne Stellini’s review and the film’s online viewing availability on Sunday, 10 May 2020.