GET READY TO RAGNAROK!

I’m a Wayne Stellini and welcome to FRED Watch, where we review everything from the mainstream to the obscure. Today’s film is Thor: Ragnarok… 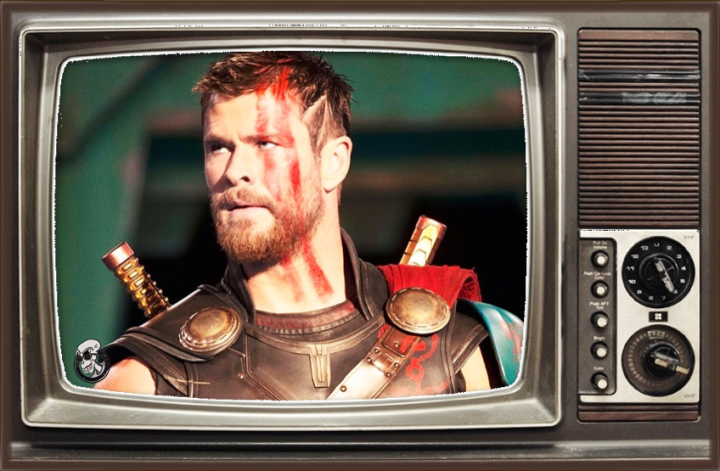 Deprived of his mighty hammer Mjolnir, Thor (Chris Hemsworth) must escape the other side of the universe to save his home, Asgard, from his older sister Hela (Cate Blanchett), the goddess of death.

Taika Waititi’s trademark wit is evident from the opening scene of Thor: Ragnarok, so we know that we’re in for a film that won’t take itself too seriously from the get-go. And, for the most part, this approach works.

The story is pretty straightforward with siblings battling and/or working with each other to serve the best interests of either themselves or the people of Asgard. With Thor and Hela representing good and evil respectively, it is of little surprise that man in the middle, Loki, is the most fun. We trust him at times, though we should know better by now, and marvel at his cheekiness and selfish endeavours. Needless to say, Tom Hiddleston steals the show as the god of mischeif, and his return to the Marvel Cinematic Universe only works in the extensive franchise’s favour.

Mr. Hiddleston is in good company, with Cate Blanchett having fun with an undemanding villainous role, Jeff Goldblum essentially playing a dictator version of his glorious self, and Tessa Thompson is excellent as Valkyrie. Waititi portrays Korg, a genteel rebel whose reason behind his failed uprising is by far the greatest gag in the entire franchise. Benedict Cumberbatch’s appearance as Doctor Strange is delightful, demonstrating that the character has merit in the franchise even if reiterating how pointless his solo adventure was at the same time.

As returning Avengers Thor and Hulk, Chris Hemsworth and Mark Ruffalo are comfortable and confident without being complacent. The pair have exceptional rapport—the result of numerous films under their belts—and those who have seen the characters’ storylines unfold and overlap throughout the course of the franchise believe the friendship depicted here. Hulk behaves like a spoilt teenager at times; finding the widespread acceptance and adoration he lacked on Earth, there are some lovely nuances to Ruffalo’s performance that keep Hulk relatable. As Bruce Banner, Ruffalo’s scenes with Hemsworth are fun and their opposing traits bounce off one another to great effect. My main gripe, however, is the manner in which Thor has been written and Hemsworth directed this time around. Hemsworth is unmistakably in fine form (you can’t knock his enthusiastic performance), but Thor sometimes speaks and acts in ways that is inconsistent with what we have seen before. His language can be overly informal and some of his physical gags make him the butt of the joke. The joy about Thor ever being away from Asgard is that he is a confident fish out of water, but he has some himbo-esque qualities here (and an unnecessary haircut) to give the audience a laugh.

But Thor: Ragnarok is clever and entertaining enough that it a) doesn’t need to push all of its humour as far as it does, and b) is so effective in achieving what it sets out to do that we can forgive it easily. The film has a gorgeous colour pallet, a terrific soundtrack, and is adequately paced. An overall engaging and thoroughly entertaining comic bookmovie that makes you wish there were like this one. 4½ / 5