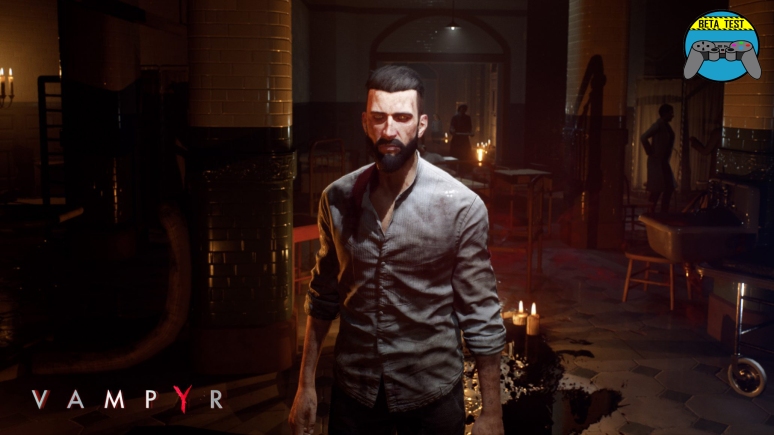 Hello my mortal souls, I’m Bethany Griffiths, and this is Beta Test. A game review platform where I – the clearly more vampire-y individual – choose one game a month to go ham on until either I get better or get wrecked. All in the hopes that I can provide you with a completely unbiased review.

Let’s review from where we started off last month shall we? I was sick, I was tired, I was struggling to be awake for more than 10 hours a day. Well, I’m not better, but I’m getting there. I took not one, but two short holidays, and honestly it’s been the best decision I could have made (short of quitting everything I do and living as a hermit in the wilderness of country Victoria…Maybe in six months). I can’t thank the people I went away with more for being the most awesome friends ever. I was swimming, I was sand castle building, I was playing murder in the dark in a two story house with a bunch of 24-30 year olds. There was a cheese platter at one point, and I played so many games! Not only that, but I have shiny new friends? 2019 amirite?

Anyway, you know the drill by now, first I relay my personal life in way too much detail, and then I tell you about video games. So let’s get on with is shall we? Here-a-we go!

This month I played a game that is absolutely a self indulgent guilty pleasure of mine (Vampires). It’s got a fantastic plot line (with Vampires), and the main protagonist is a moody bloke who just wants to be loved (and is a Vampire).

Can you see where I’m going with this?

Vampyr, Developed by Dontnod Entertainment, and published by Focus Home Interactive, is a solo player RPG that follows the story of Jonathan E. Reid, a Doctor turned Vampire in plague ridden London. In the midst of the Great War Johnathan uses guise of his Doctor status to work his job in the hospital, while studying his own Vampirism and treating patients that contract a variant of the Spanish flu.

Now, I’ll be real. In the first half an hour I thought I was playing another ‘Batman: the enemy within’. But this game absolutely grew on me. From even a non RPG standpoint, it stylistically trumps Batman’s computer generated comic graphics, and gave me grittier, more substantial game play. Vampyr delivered some very well put together live action sequences, and fight scenarios, along with challenging level ups and the ability to create your own destiny in a more coherent, infinitely more accurate portrayal of the human psyche. It’s not that hard to do, but they nailed it for me. (See Telltale Games! See what you can do if you’re not a dick to everyone!)

Vampyr aims to be a pseudo free world adventure game, where the player chooses the character path through a set of skill trees, and critical choices. This leads the player to feel fulfilled in action, even if the action isn’t game centric. There are various side quests that you can go on to appease the 60 odd inhabitants of war torn London, and hours of alleyways, and hidden corridors to stake out to get the full world experience. The game leans towards more Gothic imagery than horror to set the tone, which I found instantly satisfying. There’s something great about the story telling of any English myth from the 19th to the 21st century that really gets me going, but to see places that feel like you’re going back in time and experiencing the true nature of the universe back then, well, that’s pretty great!

I did notice a few bugs, like jumping into stand alone object and getting trapped, or sitting for a cut away sequence only to not be able to leave the chair. I scoured the forums though, and it looks like there are patches working their way around, so those should be fixed soon. In terms of fight play, the controls (bearing in mind I play PC) were slightly laggy, but overall not that noticeably. My MSI laptop took the game like the little champion it is, so I can only imagine what a desk top with a good CPU and RAM could achieve (*drooling noises* one day).

All in all, I had a great time with Vampyr, and it was a good gateway game to more RPG’s of which I’m sure I’ll be more responsive to in the months to come. I’ve very satisfied with the game on the whole, even with the price tag, and I can’t wait to see what the developers do next.

Because of the sound score, cinematic, and soft horror that I found way more titillating than terrifying, I give this game:

So, my dudes! I’ve been Bethany Griffiths, and this has been a Vampy Beta Test. A game review platform where I either got better or got wrecked. All in the hopes that I can provide you with a completely unbiased review.