WHO CONSOLES THE AUDIENCE?

I’m a Wayne Stellini and welcome to FRED Watch, where we review everything from the mainstream to the obscure. Today’s film is Joe Cinque’s Consolation… 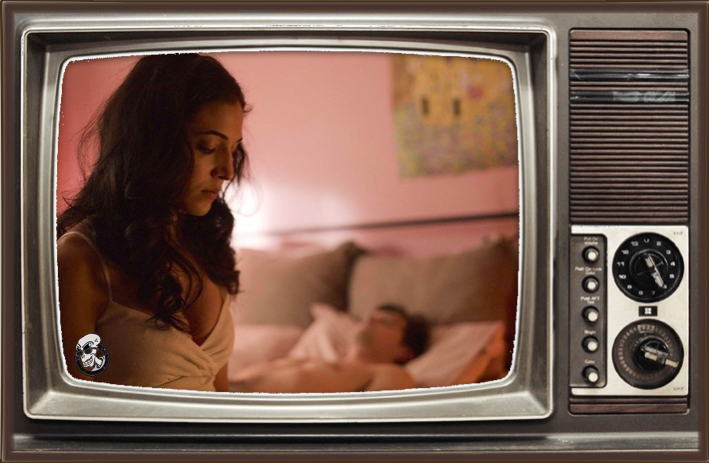 The volatile mental health of Canberra law student Anu Singh (Maggie Naouri) leaves her feeling that she is without an option other than to suicide. Unbeknown to her picture-perfect boyfriend Joe Cinque (Jerome Meyer), a dinner party she organises serves as a last supper. But things do not go to plan.

As Anu’s mental health continues to dissolve, she decides that Joe’s life must also end. Another dinner party is arranged with guests aware that their hosts will die, but no one tells Joe…

Sotiris Dounoukos’s adaptation of Helen Garner’s award-winning book offers an intriguing true-life tale that fails to completely captivate. As a character study, the story does not delve deep enough and as a psychological thriller, the film lacks any genuine suspense until the final act.

The complex narrative is painted in such broad strokes that the audience is kept at a distance. Anu is too fitful to approach and Joe is perfection personified; where one has no redeeming features, the other is immaculate. This is, of course, not to say that a distinction between the unscrupulous and the virtuous should not be made, but Anu is given so little room to move that it is impossible to try and empathise with her depleting mental state.

As for our central couple, Naori and Meyer are excellent. At the time of production, neither had extensive screen experience, and yet they command plenty of attention; the film is the most captivating when the pair share a frame. The assortment of supporting cast also handle their two-dimensional roles as best they can, particularly Gia Carides and Tony Nikolakopoulos as Joe’s doting parents. However, Sacha Joseph, as Anu’s misused friend Madhavi Rao, delivers one of the most frustratingly vapid performances seen in Australian cinema for a long time.

Produced with technical competency and demonstrating an exceptionally crafted final act, this is, nonetheless, a story that deserved more depth and leaves a number of questions unanswered. The flippancy with which Anu and Joe’s wider circle of friends treat ensuing events is incomprehensible, and the ultimate ramifications for those responsible, leaves the audience with a stronger sense of loss and grief than anyone in the film.

A respectful portrayal of Joe Cinque that needed to delve deeper. 3 / 5