I’m a Kendall Richardson and welcome to FRED Watch, where we review everything from the mainstream to the obscure. Today’s film is The Dead Don’t Die… 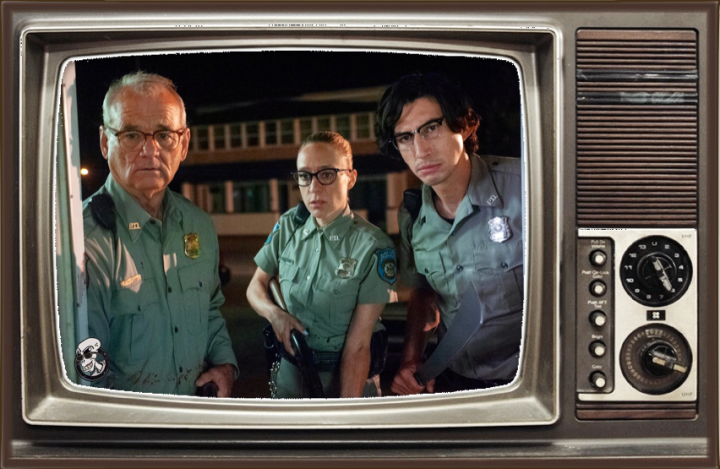 This is a zombie film unlike any other you will ever watch, which makes sense when you learn it is a Jim Jarmusch film. The iconic auteur brings his trademark style, and a huge cast, to this 95-minute piece taking place at the end of the world. The Dead Don’t Die is set in the small Ohio town of Centreville, which is a living contradiction; nothing too exciting ever happens there, so it is not really the centre of anything. However it is this tiny township where the story unfolds, thereby making it the centre after all. This is just one of many of Jarmusch’s hilarious, if a little on the nose, winks at the camera that pop up over the course of the film.

Before the apocalypse kicks off, we are introduced to a wonderful cast of characters, almost all of which are portrayed by legendary actors. The film isn’t concerned with developing them too much, or giving them any kind of story arc, which isn’t really the point of this movie. If that’s what you’re looking for here, this may not be the film for you. Centreville’s local law enforcement comprises of Chief Cliff Robertson (a hilariously dead pan Bill Murray), Officer Ronnie Peterson (Adam Driver), and Officer Mindy Morrison (Chloe Sevigny). Some of the best moments of The Dead Don’t Die occur when these three are on screen. They have a great quirky chemistry with one another that makes one want a prequel film of just their day to day tasks.

Other notable residents of Centreville include farmer Frank Miller (Steve Buscemi), blue collar worker Hank Thompson (Danny Glover), nerdy shop owner Bobby Wiggins (Caleb Landry Jones), and mortician Zelda Winston (Tilda Swinton). The film also features some music icons in Tom Waits who portrays Hermit Bob, the film’s narrator in parts; Iggy Pop as a zombie who just wants some coffee; Selena Gomez as a ‘hipster’ from Cleveland passing through town; and rapper RZA as a wise mailman. Tilda Swinton is the best thing about this movie, though. In a way that only she could, she embodies this eccentric Scottish samurai mortician wonderfully, making all her scenes a sheer delight to watch. She also gets the best action sequences when it comes to zombie kills. However, Swinton’s Zelda Winston is in an entirely different film compared to the rest of the cast. There is a moment in the third act involving her character that comes completely out of left field which will either confuse you more than you already are, or leave you laughing hysterically.

Despite the amount of gore in regards to the zombies killing off Centreville’s residents one by one, The Dead Don’t Die is much more a comedy film. The humour in the dialogue and the way it is acted out by the incredible cast really makes this film worth your time. The fourth wall breaks are fantastic and do well to emphasise just how ridiculous the entire movie is, especially the constant references to the film’s theme song performed by Sturgill Simpson. This may not be a film that mainstream audiences will fall in love with… and that’s totally okay. But for those who watch and enjoy it, you’ve found a real gem in this zombie flick. 4 / 5