I’m a Wayne Stellini and welcome to FRED Watch, where we review everything from the mainstream to the obscure. Today’s film is Iron Man Three… 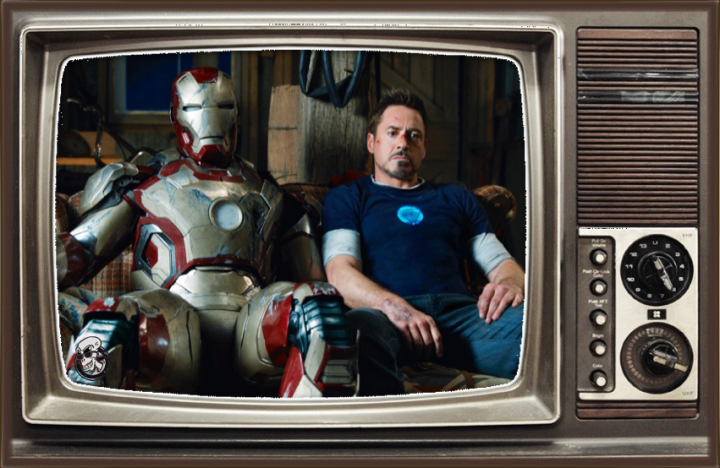 Suffering from a severe case of insomnia and post traumatic stress disorder, billionaire Tony Stark (Robert Downey, Jr.) obsesses over coming up with new prototypes for the Iron Man suit. But when a mad man known only as the Mandarin stages an attack on the Chinese Theater in Los Angeles, Stark suits up to battle forces far more sinister than he first imagined…

With two stories and a central role in Marvel’s The Avengers (2012) under his belt, dry-humoured billionaire Tony Stark is, by now, a fairly established comic book movie character. Because of this, Iron Man Three is all the better for jumping straight into the action without sacrificing the interpersonal relationships between the main characters we have come to know. (However, this also means that the title hero’s previous escapades are required viewing.)

Of course, this is Robert Downey, Jr.‘s show and he effortlessly manoeuvres through sentiment and battle with admirable confidence. The introduction of Ty Simpkins as wiz kid Harley Keener feels a little out of place at first, but the youngster’s rapport with Downey feels authentic and adds depth to Stark as our flawed hero.

Unsurprisingly, franchise regulars Gwyneth Paltrow and Don Cheadle are in fine form, and it is particularly pleasing to see them given more to do… especially in the visually impressive final act. Guy Pearce‘s inclusion as the intriguing villain of the piece as well as the mysterious (and, among purists, contentious) Mandarin suit the narrative well and are more engaging than Iron Man’s previous foe (an underwhelming Mickey Rourke as the underwritten Ivan Vanko.)

Despite being a little too long, Shane Black‘s caper, the seventh in the Marvel Cinematic Universe, is not only the best of the Iron Man movies but is a fun, sharply edited, and entertaining pic in its own right. 4 / 5