I’m a Wayne Stellini and welcome to FRED Watch, where we review everything from the mainstream to the obscure. Today’s film is Marvel’s The Avengers… 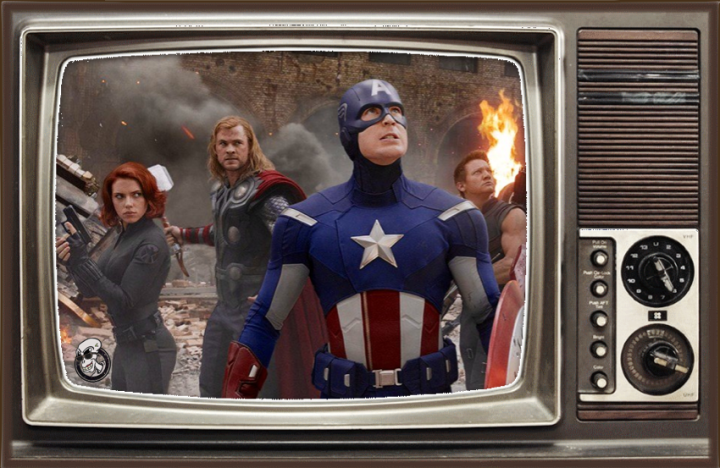 Peacekeeping agency S.H.I.E.L.D. director Nick Fury (Samuel L. Jackson) assembles a team of superheroes to save the world when an unexpected enemy emerges as threat to global safety and security…

An assortment of origin pictures, beginning with 2008’s Iron Man, have all been leading to this superhero ensemble blockbuster… and fans won’t be disappointed. There’s plenty of action on hand here, which is particularly well done when the conflict is between the heroes themselves (Hulk vs. Thor is a highlight), mixed with enough heart and humour to make this a cut above most comic book adaptations.

Mark Ruffalo replaces the overall superior Edward Norton as the temperamental Hulk, but the actor makes the role his own and does so confidently. Of course, Robert Downey Jr. is in his natural element as the fast-talking Tony Stark/Iron Man; his statistical quip about male performance is a masterstroke of ingenious comedy writing and delivery. Chris Evans and Chris Hemsworth are in perfect form as fish out of water Captain America and Thor respectively, and it is quite a joy to watch the former lead the pack. It is also great to see Samuel L. Jackson given more to do this time around as Nick Fury, even if the actor does not stray too far from his usual one-note performance style, and Clark Gregg’s Phil Coulson is always a welcome inclusion. Needless to say, Tom Hiddleston is so much fun as Loki and is the most perfect villain to sit in the centre of the ensuing chaos.

But the true heart of the film sits with Scarlett Johansson and Jeremy Renner as Black Widow and Hawkeye. As individuals, each performer is a scene-stealer and together, there is an undeniable chemistry that is rarely seen in superhero flicks. In a film (and, let’s face it, genre) that is pumping with testosterone, it is incredibly refreshing to see Johansson given so much to do and implement it flawlessly. Renner is equally strong and sensitive, and it is a testament to writer/director Joss Whedon’s skillfully constructed and executed script that Black Widow and Hawkeye are the most fleshed out and interesting characters here.

Admittedly, with so much going on and an assortment of characters with strong and clashing personalities in the mix, there is always the risk of overbearing convolution. But Whedon is a remarkably talented creative and keeps things well under control. However, Marvel’s The Avengers would have benefited from some taut trimming. The extensive climactic fight sequence in Manhattan is not only too long but feels a little too over-the-top, even for a comic book narrative, with an unnecessarily excessive amount of carnage.

Overall, it is pleasing to see that each hero (and the villains, for that matter) gets their own piece of the action. Although not flawless, this genuine crowd-pleaser is a fine example of why we go to the movies. 4½ / 5