I’m a Wayne Stellini and welcome to FRED Watch, where we review everything from the mainstream to the obscure. Today’s film is Iron Man 2… 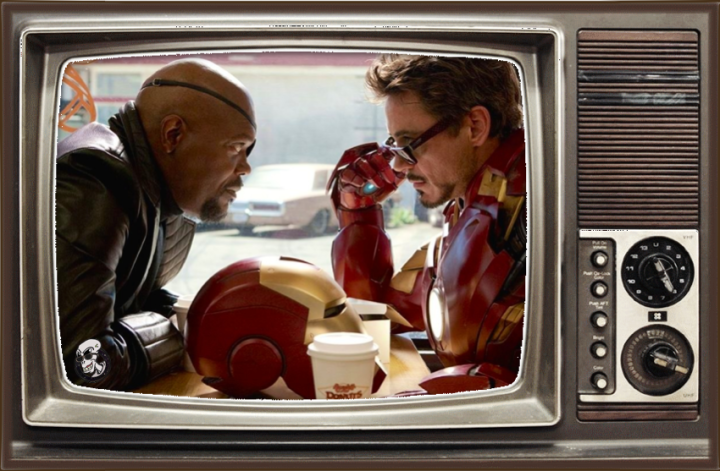 Having confessed to being superhero Iron Man six months earlier, billionaire businessman Tony Stark (Robert Downey, Jr.) resists calls from the United States government to hand over his famous suit’s technology while dealing with his depleting health from the arc reactor in his chest.

As is the case with most sequels, Iron Man 2 is all the better for jumping straight into the action as well as delving further into plot points and narrative arcs set up in its predecessor. Robert Downey, Jr. is more than comfortable in a role that simply would not work as well with anyone else under the nitinol armour, and his rapport with Gwyneth Paltrow (as “Pepper” Potts) is thankfully given more screen time. Unlike the first Iron Man film, there is no questioning the pair’s invested interest in one another—personally as well as professionally—however, it would have perhaps been best to draw out their declaration of love for one another for a little longer (that is, in another film).

What works best here is the continued exploration of the principal characters, particularly Stark himself, whose meditation on his mortality and relationship with his father Howard (an excellent John Slattery) are a narrative highlight. Don Cheadle replaces Terrence Howard from the first film, and unsurprisingly does a great job at fulfilling James Rhodes’s previous promise to don the War Machine suit. There is excellent chemistry between Cheadle and Downey, so there is plenty for the audience to invest in whenever the pair battle reluctantly, even though Rhodes’s motivation for first armouring up comes across as a little underdeveloped; the stakes should have been higher.

Scene-stealer Sam Rockwell is outstanding as the white-collar antagonist, that you can’t help but selfishly wish there was more of him. Scarlett Johansson makes a remarkable entry into the franchise as the mysterious new Stark Enterprises employee, it is always a pleasure to see Clark Gregg as S.H.I.E.L.D. agent Phil Coulson, and director Jon Favreau’s crowd-pleasing Happy Hogan is given more to do this time around.

With strong performances across the board and a more confident utilisation of visual effects (helped, no doubt, by a bigger budget), it is unfortunate that Iron Man 2 doesn’t reach its full potential. This is primarily to do with Justin Theroux’s screenplay. Chief villain Ivan Vanko is so two-dimensional that it is impossible to have any connection to him despite Mickey Rourke’s adequate performance, the character’s backstory, and his love for animals. Additionally, Vanko’s final battle is particularly underwhelming when considering the build-up to it. There are also continued hints of things to come (which are fun retrospectively, especially Coulson’s reaction to the Captain America shield), but these will be lost on those who are not heavily invested in the franchise.

Iron Man 2 cannot be watched without it’s predecessor’s viewing (and this is by no means a critique; it is a sequel, after all), but those who enjoyed the first film will find this follow-up unnecessarily sluggish in parts. And it says a lot about a film when its most exciting moment is a post-credit scene. However, this third instalment of the Marvel Cinematic Universe is well-worth watching despite a number of kinks in its armour. 3 / 5