I’m a Wayne Stellini and welcome to FRED Watch, where we review everything from the mainstream to the obscure. Today’s film is the biographical crime thriller Extremely Wicked, Shockingly Evil and Vile… 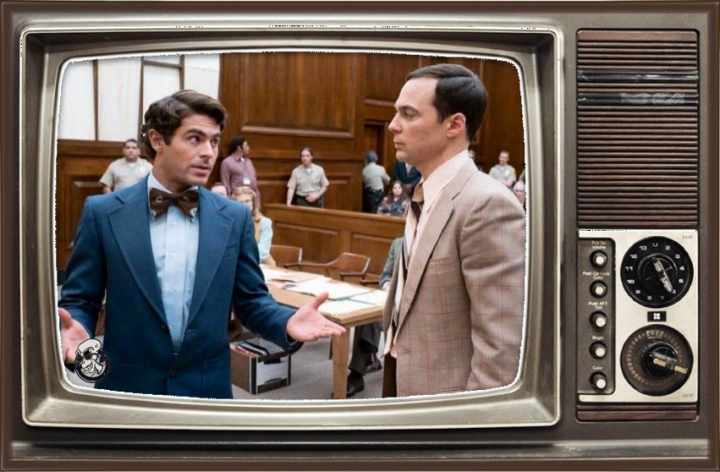 In Seattle 1969, law student Ted Bundy (Zac Efron) meets Liz Kendall (Lily Collins), a secretary and single mother. After the two begin dating, Liz hears of a series of violent crimes against women… and the composite sketch of the attacker closely resembles Ted.

There isn’t much we don’t already know about Ted Bundy. He remains one of the world’s most notorious serial killers. His charm and confidence was captured in the United States’s first ever televised trial and young women, particularly, flocked to the courthouse to get up close to the charismatic criminal. To say that Bundy was the source of a media sensation is an understatement and that his appeal (for lack of a better word) remains in cultural discourse beyond American borders even more so.

But if the story has already been told, why tell it again? The simple answer is that Ted Bundy’s narrative has never been told quite like this before. From the perspective of his partner Liz Kendall (portrayed by an excellent Lily Collins), Extremely Wicked, Shockingly Evil and Vile depicts the unfolding ramifications of Bundy’s actions on a remarkably personal level. While it is easy to dismiss Bundy as the film’s adjective-laden title suggests, this production challenges the audience to see the complexity of his human side. And that’s what makes both the film and its subject matter so fascinating and terrifying at the same time.

This is enhanced through Michael Werwie’s immaculately constructed script and Joe Berlinger’s taut direction. The film is also perfectly cast—not a single performer puts a step out of place—though the success of the piece rests on the shoulders of star Zac Efron. Here, the actor, who cut his teeth on Disney musicals and has appeared in numerous feature comedies since, comes of age. Though it does not seem to have been of any concern when casting everyone else, much care has been made into ensuring that Efron resembles Bundy in many physical aspects. And he does not disappoint. To say that Efron delivers the most complex, engaging, and perfect performance of his career to date would be selling the actor short.

And while biopics on such famed criminals can be difficult to get right, Extremely Wicked, Shockingly Evil and Vile not only demonstrates that is can be done, but rather how it should be done. It is a consistently gripping and exceptionally produced film that cannot be recommended highly enough. 5 / 5

RELATED REVIEW: Netflix had produced and distributed the documentary series Conversations with a Killer: The Ted Bundy Tapes (2019).