SHUT UP AND DRIVE.

I’m a Wayne Stellini and welcome to FRED Watch, where we review everything from the mainstream to the obscure. Today’s film is Kidnap… 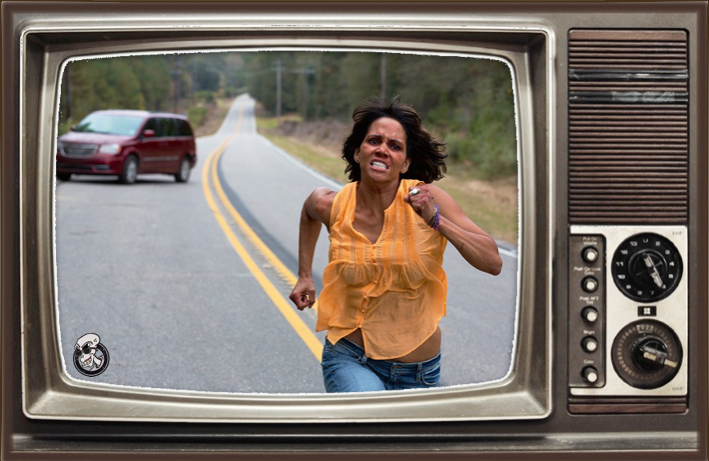 Overworked diner waitress Karla (Halle Berry) is the doting mother of six-year-old Frankie (Sage Correa). While enjoying an outing with her son one afternoon, she receives a call from her lawyer that her ex-husband wants primary custody of their child. When Karla’s phones battery dies, she returns her attention to Frankie, only to discover that he has gone missing.

Having witnessed him being forced into a car, Karla follows the abductors and goes to extreme lengths to retrieve her son.

Kidnap’s premise and ensuing plot is straightforward enough that it is not the sort of film that demands much from its audience. And therein lies the problem: Knate Lee’s screenplay is so heavy with exposition that the film would be far more engrossing if it weren’t as condescending. For example, Karla sees an AMBER Alert on a road sign describing the perpetrators’ vehicle. The catch: he has changed cars since she reported the kidnapping. We as the audience know this because we have seen it in quite a dramatic sequence, and yet, Karla needs to explain this to us anyway in case we are wondering why she is angry at the road sign. Similarly, we need the bad guy (Lew Temple) to tell us why he is frustrated with his gun because we would not have otherwise come to the conclusion that he cannot find his ammunition.

Unfortunately, these are more the rule rather than the exception to Kidnap; it is an unwanted distraction. Berry does an exceptional job of trying to rise above it (as one of the film’s producers, she has a little more invested in the project), but her efforts are not always enough—the dialogue gets that bad at times. It is a shame, really, because Kidnap showcases some edge-of-the-seat thrills, is edited meticulously, is framed and photographed beautifully, and has an engaging score.