GET READY TO SING!

I’m a Wayne Stellini and welcome to FRED Watch, where we review everything from the mainstream to the obscure. Today’s film is the classic musical comedy, Singin’ in the Rain… 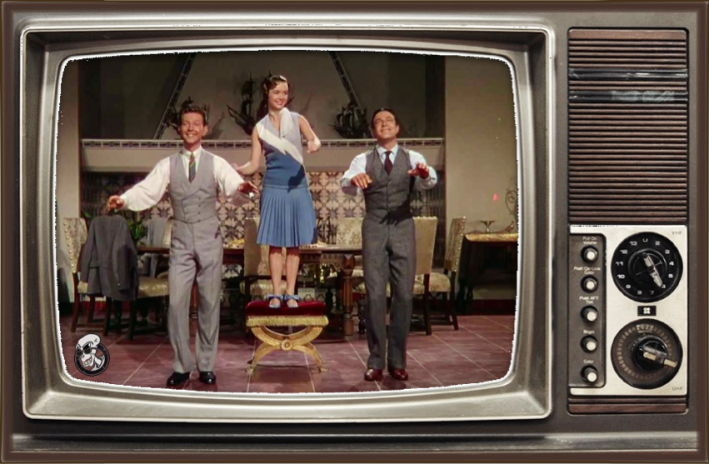 When Don becomes attracted to young studio singer Kathy Selden (Debbie Reynolds), a jealous Lina has her fired. However, Don is at risk of also losing his career after audiences laugh when they hear Lina speak in her shrill voice for the first time. So, the studio decides to use Kathy to dub her…

It is not hard to see why this insatiably charming, bright and bubbly musical about silent screen stars adapting to the innovation of talkies has become a favourite among cinephiles.

As with the best films in this genre, it is a beautifully photographed piece, showcasing some stunning costumes, toe-tapping melodies, and dazzling dance sequences. Indeed, watching the alluring Gene Kelly and scene-stealing Donald O’Connor do what they do best is a visual treat! O’Connor, particularly, has such a wonderful fluid movement that he is never short of captivating (‘Make ’em Laugh’ most certainly lives up to its name), whilst Kelly rightfully commands the titular song as one of musical cinema’s greatest moments. Debbie Reynolds is also delightful, both feisty and vulnerable, she does much with a role that could have easily have been dismissed as just the protagonist’s love interest. Similarly, Jean Hagen is an absolute hoot! In this instance, she utilises the most basic elements of her character’s traits to give the film the villain it needs and, in the meantime, is able to exhibit her comedic traits to great effect. Rounding up the cast is Millard Mitchell as the studio boss, whose guardianship over his young talents keeps things from going over-the-top.

The film rolls along to an adequate beat that only becomes a little stilted with the Broadway ballet sequence; although beautifully done, it is far too long and the ensuing gag isn’t a worthy enough pay-off. Besides this minor quip, Singin’ in the Rain stands as a sheer masterstroke of mass entertainment and is worthy of its glowing reputation. 4½ / 5