MORE THAN A SIZZLING STORY.

I’m a Wayne Stellini and welcome to FRED Watch, where we review everything from the mainstream to the obscure. Today’s film is Nymphomaniac… 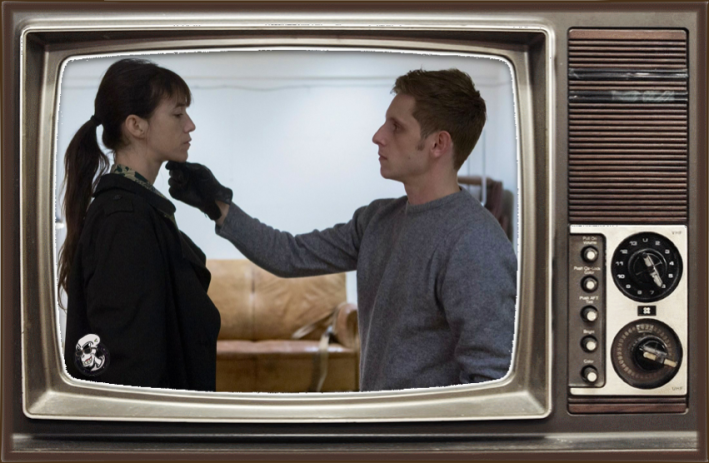 He takes her back to his home and listens to Joe recount stories about her assorted sexual experiences. Seligman uses his academic knowledge to contribute and delve into discussion, relating Joe’s exploits to everything from mathematics and mythology, to religion and fly fishing…

When Lars von Trier’s exploration of sexuality and interpersonal relationships was first edited, his opus ran at a staggering five-and-a-half-hours. Rather than cut it down, he decided to divide the piece into two separate films—Nymphomaniac Vol. I (145 minutes) and Nymphomaniac Vol. II (180 minutes). With his blessing, though without his direct involvement, the two volumes were censored and edited even more so for international audiences, leaving some ninety minutes on the cutting room floor. (It is these versions—at 117 minutes and 124 minutes respectively—that form the basis of this review.) The films were always intended to serve as one seamless story, and it is in this spirit that they should to be seen: an epic delivered in two acts.

The narrative is told by Charlotte Gainsbourg, whose portrayal of the unapologetic, hypersexual Joe, is beautifully complex and compelling. As a female protagonist, she is a refreshing presence, embracing the limitless possibilities of self-exploration, and is vulnerable, selfish, and honest. As the best heroes are, Joe is incredibly flawed but is never at a distance.

As with everyday recollections, not everything is told in a linear manner, however, Joe’s dialogue is so eloquently written that it is easy to be taken on this ride that, like everyday life, is exciting, dull, tender, and confronting. Undermining the narrative tool, though, is most—not all—exchanges between herself and Seligman. Stellan Skarsgård is intriguing as the sheltered loner, but his academic analogies, which is his only method of relating to Joe’s exploits, come too frequently and soften the story’s pace. They also, at times, feel as though von Trier has the compulsion to spoon-feed his audience so they understand the deeper layers of what he is trying to achieve with Nymphomaniac.

This aside, there are many positives to draw from the film, mainly the supporting performances that make up the eclectic folks impacted by Joe’s desire-driven existence. Shia LaBeouf is engrossing and his character Jerôme deserves a film unto himself. Jamie Bell is also unsurprisingly perfect, in a role that benefits from the actor’s intensity and restraint (no pun intended). Christian Slater is solid as Joe’s father, with Stacey Martin completely captivating as the younger Joe in the flashback scenes, as is Sophie Kennedy Clark as her adolescent friend B; and Mia Goth possesses a dangerous edge as Joe’s apprentice P.

The film is beautifully framed, sharply edited, and features a gorgeous colour pallet. Such aesthetics are enhanced by some touches of humour within the screenplay. Sample dialogue: “Would it be all right if I show the children the whoring bed?” Uma Thurman’s jilted wife, Mrs. H, asks Joe at one stage!

Overall, Nymphomaniac is a skilled example of substance and style. It may not always get the balance right, though the second-half feels more polished, it is a worthwhile, thought-provoking cinematic experience that will leave some seeking out the original, uncut 325-minute rendition. 4 / 5

Nymphomaniac Vol. I and Vol. II Available: DVD and stan.